With the last major overhaul to the immigration system completed in the 1960s, there are many who believe that significant reform is needed to meet the challenges of the future. Today, with over 34 million legal immigrants in the United States, most leading productive lives, we must fairly address the many others waiting for their opportunity to participate in American society.

Our immigration policies have always had a focus on family reunification, safety, and improved opportunities. However, in recent years, the conversation has shifted as the needs have changed to address refugees fleeing war and oppression, terrorism, and illegal immigrants.

In May 2019, the current administration released its proposed immigration reform plan that would greatly shift the makeup of immigrants moving into the country and limit our ability to meet the humanitarian needs that have been our focus in the past.  Additionally, these proposed immigration changes could greatly impact people already here, but on temporary status.

While the proposed plan would keep legal immigration at a steady pace of 1.1 million people a year, the makeup would change drastically. These proposals would significantly reduce the predominant family-based immigration (or chain migration) component, currently two-thirds of the total. Instead, a points-based system would be instituted that rewards highly skilled workers much like the systems used in Canada, Australia, and Great Britain.

How Will it Make Immigration More Difficult?

To meet the threshold established at 1.1 million entrants, while creating a new category of merit or points-based candidates that will number almost 60%, candidates must qualify based on three criteria.

They must be: 1) highly skilled, 2) with a job offer in hand, and 3) able to speak English.  According to the proposed plan, these people will be able to move with their immediate families, excluding parents.

Manufacturing this shift will require limiting other potential candidates by making it more difficult to immigrate to the US.  These are some of the proposed changes currently being discussed:

Without a doubt, immigration is an emotional issue for everyone. It can have devastating consequences for people when laws are drastically altered. Careful thought and cooler heads need to prevail as these proposals are evaluated and enacted.

Proposed immigration reform should mirror our national values. Contact Smith Alston Darner and Lee to discuss your questions and concerns about how these proposed changes may impact you or a family member. 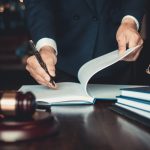 How to Know When You Should File a Lawsuit Uncategorized