How Immigration Law is Expected to Change in 2021

The fate of immigration law is ever-changing. Now that we have our president-elect for 2021, the United States is expected to undergo several modifications regarding immigration policies. In fact, the government is expected to completely overturn policies that were implemented just recently.

2020 was defined by laws that made it harder for immigrants to gain access to the United States to work and live in. With 2021 looming on the horizon, a sea of changes is driven towards legislation. Here at Smith, Alston, Darner & Lee, we want to keep you updated on the latest news regarding the law. We take a look at the changes we’ll soon be seeing in 2021.

This is one of the reforms that will be seen immediately at the beginning of 2021. An H-1B visa is a non-immigrant visa that allows workers who prove themselves to be highly skilled to find employment in the U.S. With a new set of plans, the upcoming presidential administration is expected to expand the number of people who can qualify for this kind of visa. The limit on these visas has negatively impacted many foreigners, especially in 2020.

The “public charge” rule has been around for quite a while now. This rule is defined by someone who will eventually become dependent on the government for financial support. In 2020, the government made laws regarding how they will determine an immigrants’ potential to become financially dependent after immigrating into the U.S. News outlets are predicting that this will be overruled as many believe that it should not be up to an immigration officer’s decision to determine who can and should reside in the United States.

Protecting Dreamers and Their Families

“Dreamers” are children who are undocumented immigrants who were brought to the United States early on in their childhood. These children were protected under DACA, which was once terminated. DACA was a rather helpful program as it provided Dreamers with opportunities to attend school, protection from deportation, and employment permits. The government aims to restore DACA in 2021 and expand its benefits. It aims to make sure that Dreamers are eligible for federal student loans and the ability to apply for education at the collegiate level.

The naturalization test has always been a requirement when it comes to applying for United States citizenship. We are not completely sure whether the test will become more difficult or easier on applicants; all we know is that changes will be implemented this month that way they can take effect immediately into 2021. Nonetheless, immigrants will be able to apply for citizenship and take the test once they have been interviewed.

Seeking refuge or asylum refers to immigrants who flee their homelands out of fear that they will be persecuted on account of race, religion, nationality, or membership in a specific social or political group in their home country. The ability to seek asylum in the United States became harder in the past couple of years. It singled out victims of gang and domestic violence, members of the LGBTQ community, and many others. The government aims to restore these restrictions to provide more people with asylum, especially for those who feel that they cannot return home safely.

Family separation is one of the most highlighted amongst all immigration policies as of recently. Many executive orders have resulted in the separation of parents from their children as they attempted to reside in the United States. With 2021 coming, the government aims to have families reunite whether here in the United States or in their home countries.

United States immigration policy became much more strict once the coronavirus broke out earlier this year. These restrictions included travel bans and they even placed a hold on cases of citizenship cases, prolonging the process even more for applicants. The government is careful to not immediately reverse them as the country continues to find a way to practice COVID-19 safety protocols. The government is currently looking to team with public health officials to see how immigration policies can ease up without posing a danger to both foreigners and U.S. citizens.

Stay Updated with Our Law Firm

With Smith, Alston, Darner & Lee, you can trust that you’ll receive all the information you need to know about your case, whether it concerns immigration or otherwise. Contact us today to learn more. 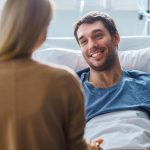