In some auto accidents, it is obvious who is at fault. Sometimes, the liable party will immediately admit that they were at fault. In other instances, it can take a while for claims to be settled due to how events took place. Either driver may not completely remember what happened, which is completely normal in these cases. More specifically, both drivers may not be able to recall what led to the accident and what they were doing right before. This is where the police, insurance companies, and courts come into the picture, to unravel the events that led up to the accident.

Let’s discuss the main factors that help determine who is at fault when auto accidents happen. If you’re unsure about which path to take, contact the attorneys at Smith, Alston, Darner, and Lee.

1) Living in an At-Fault and No-Fault State

Insurance laws are different in every state. Some states operate on what is called a “no-fault” policy, meaning that the people involved in a car accident can immediately turn to their insurer for coverage for medical expenses, despite whoever was at fault for the crash. Both vehicles would be completely covered. There are only twelve states that operate under the “no-fault” coverage.

For “at-fault” states, both drivers have to go through their respective insurance companies to find who will pay for damages based on who is at fault for the accident. Arizona is an at-fault state. As such, it’s in your best interest to work with an auto accident lawyer in order for your case to proceed smoothly.

It is highly recommended that both drivers who were involved in the accident call the police right away. This is because the police will produce a report that outlines the details of the crash and the information that the drivers can give them, after investigating the car accident. During the investigation, the police will ask a set of questions to piece together the events that led up to the accident. The police report may or may not contain a statement about who could be at fault, based on the provided information.

3) Evidence from the Scene

Some people will make sure to take pictures after being in an accident. Of course, that is if the drivers involved are in the physical state to do so. This is not always possible because, in some accidents, drivers and passengers (if any) have to be taken to the hospital right away to be treated for injuries and damages. Most of the evidence gathered will consist of vehicle information, the time the accident took place, conditions of traffic, and any hazards that may have induced the accident.

4) How Your Insurance Company Determines Fault

The adjuster(s) will speak with witnesses, research the location of the car accident, assess medical reports and the damage of the vehicle, as well as the policies that both drivers carry. An adjuster will then assign fault and may also assign a specific percentage of fault. These insurance companies also assign fault based on the legal definition of negligence in the state where the accident took place.

5) If the Car Accident Gets Taken to Court

Car accidents can be settled outside of court, which is the easiest path for everyone. If and when your case does make it to court, the process of determining fault will vary once more. The court also looks at evidence just as the police and insurance companies do, but the courts also look closely into the arguments that both parties provide.

Based on evidence and statements, a judge will determine negligence and have the driver at fault pay the appropriate amount of money to pay for injuries, damages, and losses. There are different rules that dictate how the courts find someone at fault. The court will also look at prior cases.

Police reports and insurance companies alone, ultimately, do not determine the result of the case. The court may find evidence or other forms of information that were not immediately provided to the police or insurers.

If you’ve been in a car accident, it is important that you get in touch with a lawyer immediately. You deserve to receive the compensation and attention you deserve, so don’t wait to get started on filing a claim today. Our experienced lawyers are here to help, get in contact with us. 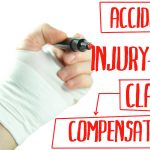 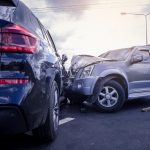 How a Traffic Citation Could Affect Your Auto Accident ClaimCar Accident Lawyer, Mesa