How a Traffic Citation Could Affect Your Auto Accident Claim

If you have been in an auto accident, it is important to file a claim right away. This way, your case will be investigated appropriately. When you file a claim, all of the details are taken into account because, ultimately, the insurer needs to decide who was liable and who can receive compensation for damages. If you are wondering whether a traffic citation could affect the outcome of your claim, then the answer is yes, but that doesn’t guarantee a negative result.

Traffic Citations That May Not Impact Your Claim

While some citations carry more impact than others, it all depends on what happened during the accident and what may have caused the collision. For example, if you received a traffic citation for a broken headlight, this might not affect your case if you were hit head-on or the other way around. Although, if you were hit from the back of your vehicle, then this could play a role in the cause of the crash.

Some issues that are typically not taken into account when investigating a claim are:

Although, as we stated, these can have a negative impact if they played a role in the nature of the accident.

Traffic Citations That Can Impact Your Claim

One of the major citations that can negatively impact your claim is failure to wear a seat belt. This is because damages and injuries could have been less severe if passengers in the vehicle were wearing their seatbelts if this is the case.

A speeding ticket is also another citation that can possibly show that you were at fault for the accident because speeding often leads to losing control of your vehicle, thus leading to an accident. It can be very hard to testify to these citations and, almost always, you will be found liable for an accident.

Negative Impacts on Your Claim

There are a couple of ways in which your claim can be negatively impacted. This depends on the kind of traffic citation you received and how it is tied to the accident overall. When filing claims, traffic citations will be used as viable evidence. During this stage, agents will look at every bit of evidence, so you must tread carefully if and when dealing with a citation. If you do not want to be found at fault, it is important to know your options when fighting a citation because paying the citation will automatically show fault.

If your citation shows that you are at fault, you could be found guilty of contributory negligence. This means the crash was ultimately your fault and there was an element of recklessness involved. In these instances, you will not receive any compensation to relieve any damages you experienced with your vehicle during the accident. This is why it is important to have a lawyer by your side. A lawyer is the only individual who could help fight this rule. Simply put, this doesn’t have to be the final say when you have a lawyer by your side!

If the other driver was also given a traffic citation, liability can be split by both parties. How much liability is placed on both drivers depends on how much damage each party caused during the time of the accident? This can also hold true if the other driver has received more than one citation. Additionally, it could be true for a citation that is not tied to the cause of the car accident. Either way, both parties can definitely share the liability, but it all depends on the circumstance in which the accident occurred.

Let a Lawyer do The Talking

One of the best things you can do if you were issued a citation after a car accident is that you allow your lawyer to do all of the talking for you. Your lawyer can speak with the agents that way they know exactly what to say to keep you from being held liable. It is important that you exchange important bits of information regarding the accident with a lawyer.

Get Professional Help for Your Claim with Smith, Alston, Darner & Lee

Whether you’ve been injured in a car accident or not, it is important that you get in touch with our lawyers today to get your case sorted out. Car accidents are one of the many areas of law we focus on, so we guarantee the best representation and the results you’re looking for. Contact us for a consultation, today. 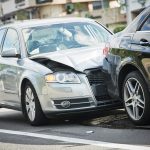 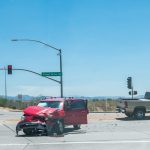